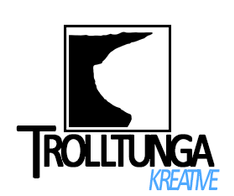 My name is Ronnie Moe, and I live in a small town called Odda in the west of Norway. I have two sons and a beautiful woman in my life, that I spend as much time as possible with. I work at a zinc smelting plant as an automations engineer.

My first programming experience is probably when I was little and I wrote code off a book into my Amstrad 6128(?). Making words and numbers come alive was really fascinating to me, and I’ve been interessted in computers and electronics since then. I’ve been programming my own code since about 2006 when Microsoft XNA preview was released. I started to play around with it, but didn’t put any serious work into it at that time. But I made some games with XNA later that never got polished enough to release. Made a platformer called Sheikh, and other small projects. Later I made some apps for Windows Phone 7/8 and Windows Store. I’ve made a board game called Tactiles and a maze game called 3ounce that’s on the Windows store. I started to play around with Unity 3D this year and 3ounce is the first game I’ve released using it.

Appart from programming as a hobby I’ve got a bachelors degree in Electrical engineering. During my education I’ve covered topics as Java programming, algorithms, PLC-programming (Do this alot in my work as well) and other semi-programming related courses.

Other hobbies that I have that come in handy when making games is drawing and painting, 3D modelling, and of course playing other games.

I release my games under the name ‘Trolltunga Kreative’. Trolltunga or ‘Troll’s tongue’ is a local hiking destination where I live. A beautiful wonder of nature, where a rock lies extended from the cliffside like a tongue, with a breathtaking view underneath.